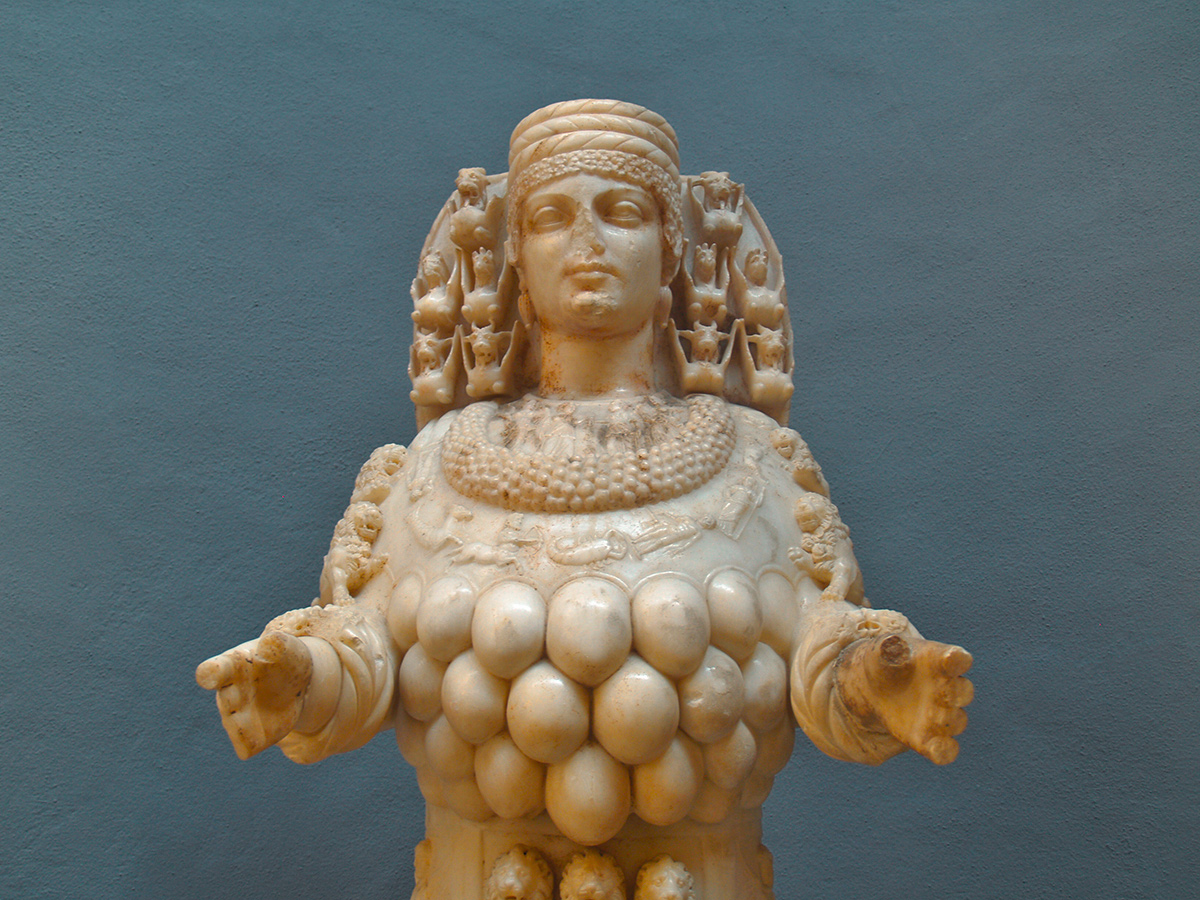 Known as a fierce hunter as well as protector, Artemis is one of the major Greek goddesses. Artemis is known as the goddess of the night, the huntress, the goddess of fruitfulness, the goddess of childbirth, Lady of the Beasts, the woodland goddess, the bull goddess, the personification of the moon, and the eternal virgin. Artemis was one of the few goddesses immune to the enchantments of Aphrodite. In some instances Artemis is linked closely to the Roman and Italian goddess, Diana. There is some controversy as to the goddess that deserves the first rights, but it appears that Artemis was a later goddess. There is no doubt that the similarities are striking. Some people go as far as to call them one, the goddess Artemis Diana. As a huntress, she happily traveled in woods in the company of dogs, wild beasts, and mountain nymphs. She brought about Orion's death, the unfortunate hunter, who either defied the goddess, or else tried to seduce one of her companions, the virgin Opis, or perhaps attempted to personally ravish her. Artemis sent a scorpion to sting his heel, and thus killed him. But when Orion was subsequently changed into a constellation, Artemis made sure the scorpion received the same honor.

The Greek goddess, Artemis, is said to be the daughter of Zeus and Leto. She is the supposed twin sister of Apollo in most accounts. However, in more ancient traditions it was recounted that Artemis was the mid-wife for the birth of Apollo and his twin sister. Artemis is one of the prominent goddesses, and the lore that surrounds her is as colorful as she was proclaimed to be.Another hunter, Actaeon, met his death because of a curse by the goddess. Acteon was the son of Aristaeus, and on his father's side, the grandson of Apollo. On day, when hunting with his dogs in the mountains, he came across the goddess bathing naked in a stream. The goddess turned him into a stag; his dogs no longer recognizing him, tore him to pieces. In an older version a hunter in a stag's pelt approached the goddess. 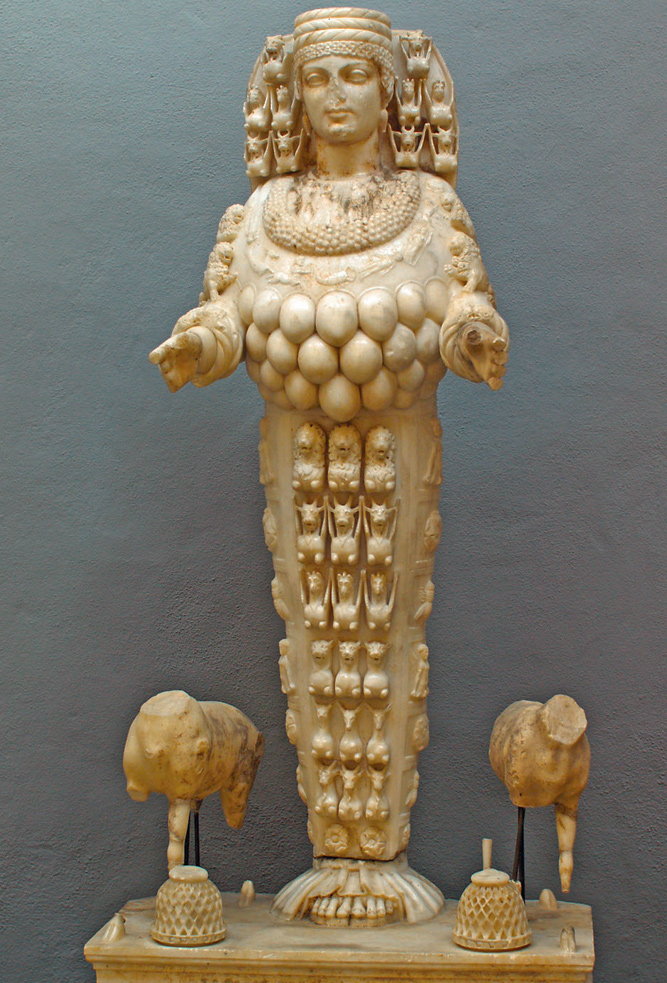 Like Athena, Artemis sometimes wore the frightful mask of Gorgon on her neck, for with Athena and Hestia, the mild guardian of the household, she was one of the goddesses over whom Aphrodite had no power. Oeneus, the king of Calydon, once forgot to sacrifice his first crops to Artemis, as custom dictated. This provoked her wrath, and she sent a monstrous bore to ravage his fields; a great hunt was organized and during the hero Meleager was killed. The identical theme appears in the legend of Agamemnon. One day, while waiting at Aulis with the entire Achaean army for favorable winds in order to set sail for Troy, he happened to kill a stag so expertly that he cried, "Artemis could have done it no better." Artemis resented his boastful claim, and prolonged the stilled winds so the entire fleet could not sail. Teiresias, the soothsayer, discovered the cause of this setback, and told Agamemnon that the goddess required him to sacrifice Iphigeneia, his own daughter, and in return she would remove the difficulties in his way. But at the last minute, on the sacrificial altar, she substituted a hind in place of Iphigeneia, and took the girl to the country of the Tauri (Crimea); where she made her a priestess in a cult that practiced in her honor. A legend says that the giant Tityos attacked Leto on her way to Delphi, he was slain either by a shaft of Artemis or by a blow by Apollo. Odysseus reported seeing the offender in Hades where he was chained and two vultures picked ceaselessly at his liver.

Another story describes how Artemis took revenge on the children of Niobe. Niobe was the daughter of Tanthais, and she had borne Amphion of Thebes, seven sons of seven daughters. In her happiness and pride she said one day that she was better than Leto, who had but one son and one daughter. Leto took offense and asked her children to punish this insolent mother. Apollo killed the seven boys with his arrows, and Artemis likewise slew the seven girls. Niobe, who in despair fled to her father on Mount Siplyon in Asia Minor, was turned into a rock; and from this rock issued a stream formed by her ceaseless tears. In Asia Minor Artemis was the object of a cult very different from that on the mainland. A sanctuary was dedicated to her at Ephesus, where her temple was regarded as one of the Seven Wonders of the World. This work, as frequently said, was thought to have been built by the Amazons, a race of warlike women, according to some, living by the river Thermodon. There are several stories concerning the life led by the Amazons, of whom Artemis, the virgin huntress, appeared to be their protectress. However, the legends of Artemis of Ephesus seem to relate to her pre-Grecian origins. She was a fertility goddess; called Mistress of Wild Beasts, who was said to have suckled the young of every creature that roamed the forest. Artemis' Roman counterpart was Diana.