Three terraces were established around 200 BC on the slope of the latter Terrace Houses, by using massive stone walls. On the northernmost terrace, a representative dwelling house was already built in the 1st century BS, whereas on the other ones a handicraft quarter developed. In the course of the erection of the Roman Dwelling Units, the Hellenistic constructions were demolished and leveled.

From the opposite part of the Temple of Hadrian the interesting complex of the so-called "Houses on the slope" faces out onto Curetes Street. These houses were inhibated by the most qualified and wealthy social class and for this reason they are also known as "houses of the rich" or "palaces on the slopes" . Each house had a door which opened onto the side street from a terrace and a peristyle (courtyard) surrounded by rooms. Most of these houses were three storeyed and the courtyards in the center measured between 25-50 meters. The courtyard was surrounded by a colonade and paved with marble. The houses had running water. 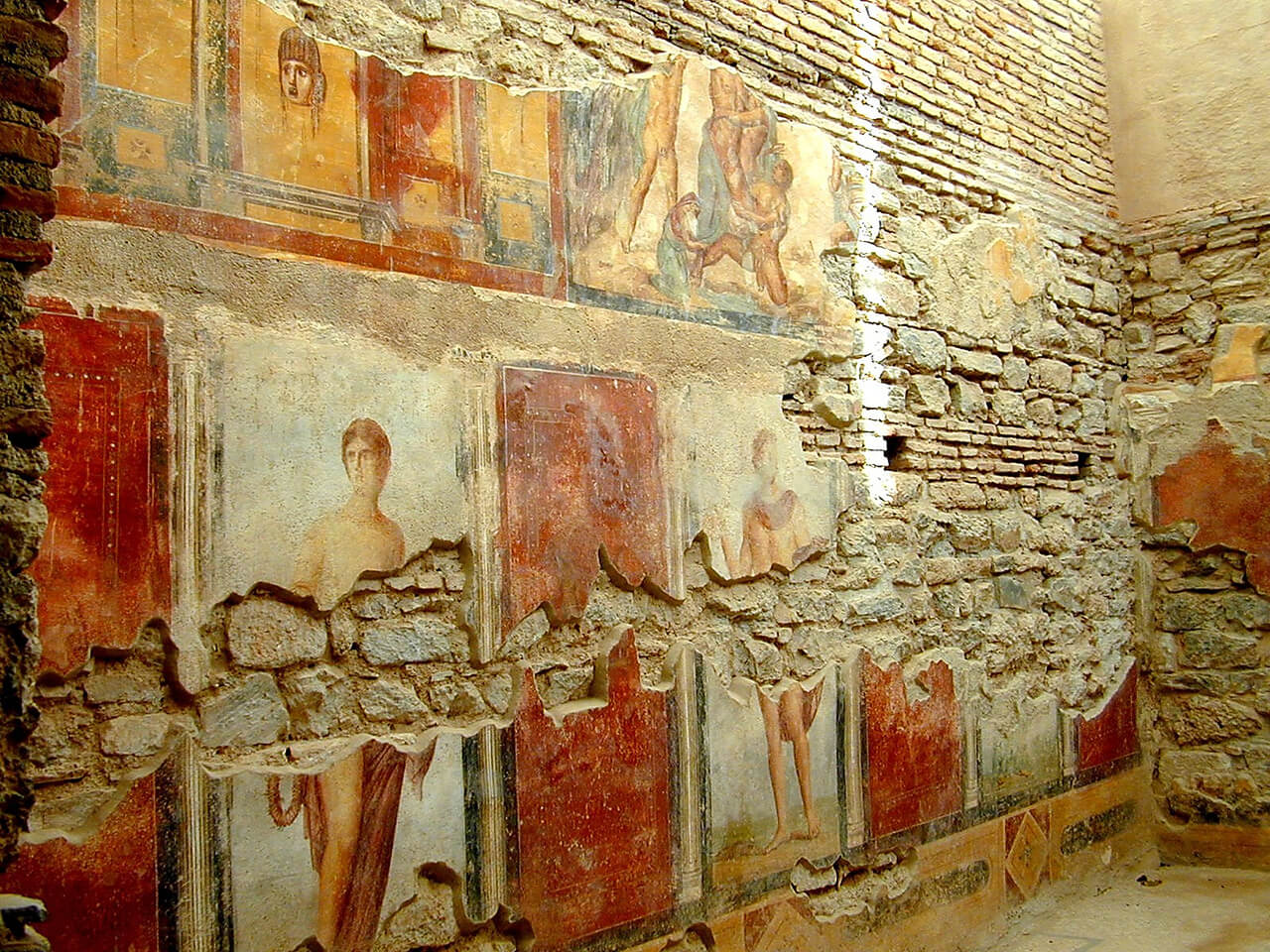 Several wall paintings of the Terrace Houses feature drawings and graffiti which offer an insight into the everyday life of the inhabitants. The drawings mainly show gladiators, caricatures, and animals. The graffiti include names of persons, poems, and the declarations of love. Especially interesting is a group of 30 lists referring to goods and necessities of everyday life, including their prices (e.g. onions - 3 asses, caraway - 1/2 ass, entrance the thermal baths - 12 asses).

The houses were heated by a system similar to the one used in spas. There was also hot and cold water yet no windows so the rooms were lightened only through an open hall. The inside rooms had frescoed walls depicting especially mythological subjects, while the floors were usually adorned with refined mosaics.