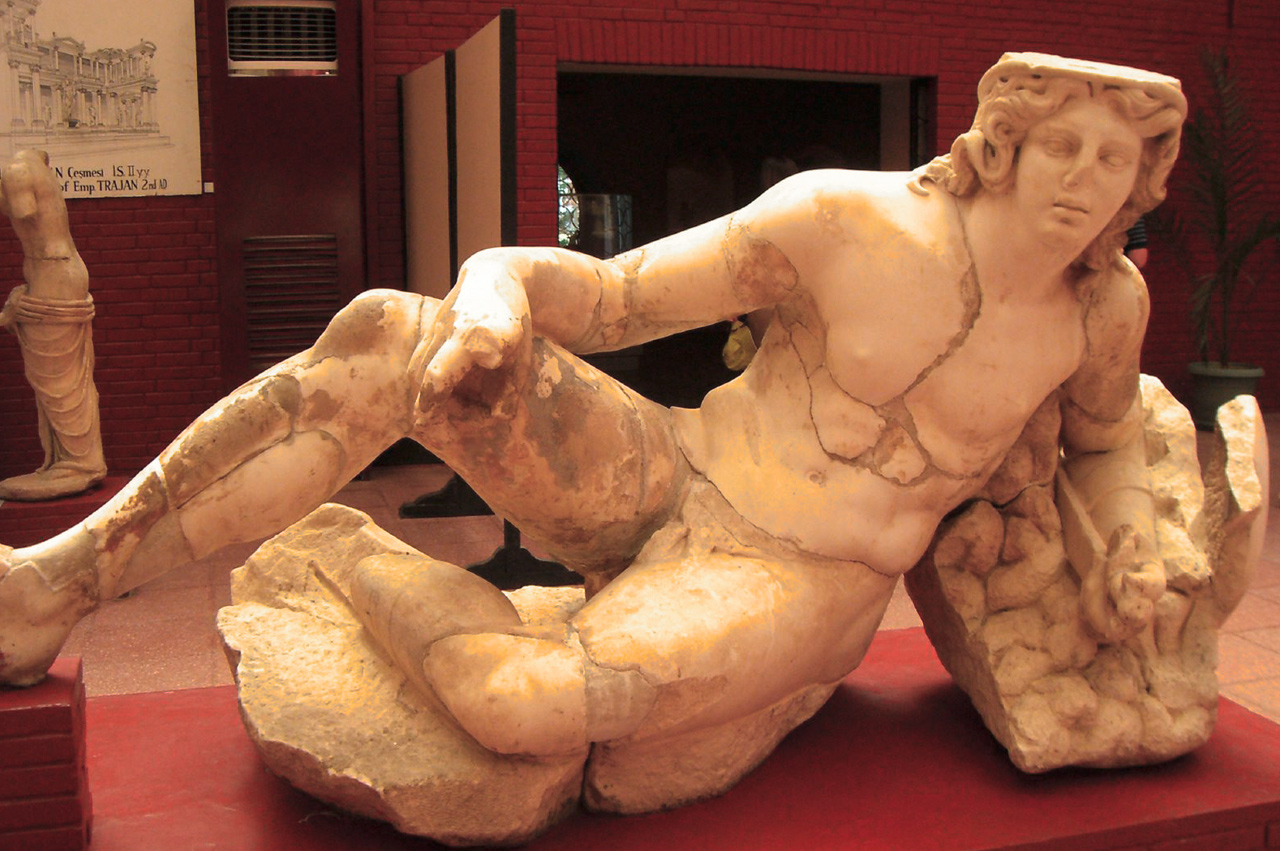 The Museum of Ephesus is in the district of Selcuk, and displays works of art found in the excavations in Ephesus since 1964. The museum was enlarged in 1976 with new buildings and thus reached its present state. The reconstruction of the tympanun of the Temple of Augustus (or of Isis), is set out in the Gardens of the Museum with display of the sculptures which used to decorate the frieze, then located near the Fountain of Pollio. The marble sundial with epigraph is from the 3rd century A.D. In this setting are also located interesting sarcophagi of various periods.

The Room of Findings from Houses holds materials come to light during excavations in Ephesian residences. For the most part, these are small statues, furnishings, busts, frescoes and fragments of mosaic. Remarkable are the frescoes depicting the philosopher Socrates (2nd century).

The Room of Findings from Fountains is almost entirely dedicated to the sculptural fittings and ornamentations which decorated the city's fountains. Among the outstanding elements in this room we can recall several sculptures discovered near the Pollio Fountain, namely; the marble depicting the Warrior's Rest (2nd century) and head of Zeus. In the Room of Funeral Findings are set out the contents of tombs discovered during archaeological excavations. In the Room of the Ephesian Artemis are kept the most illustrious representations of the goddess and findings brought to light in the Artemision and near the Altar of Artemis. The so-called Great Artemis is a marble of the 1st century A.D. , upholding two lions on her shoulders and bearing a large quantity of sculptural ornaments. 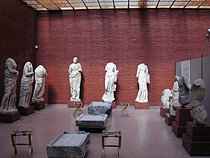 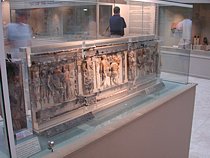 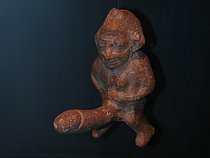 Over all, however, stand out the delightful sculptured figurations which used to decorate the friezes of the Temple of Hadrian (2nd century A.D.) and which were removed from their original location in order to preserve them from bad weather.