The Temple of Artemis 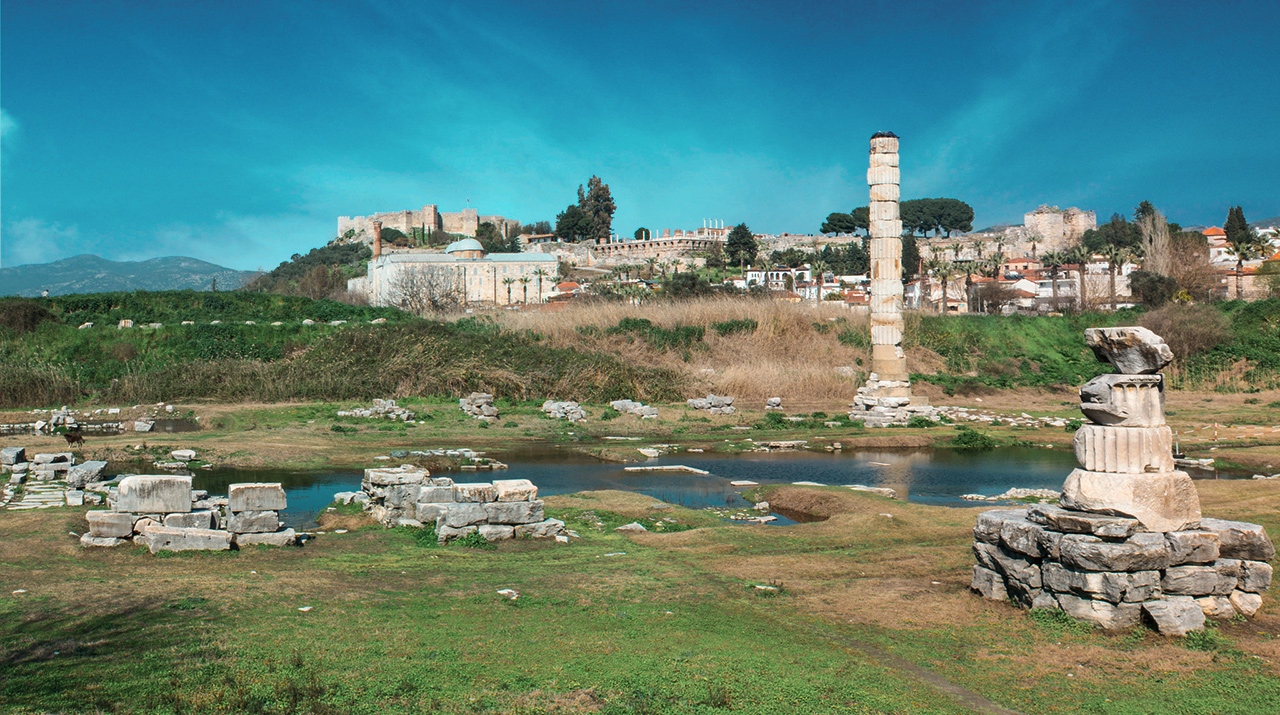 The Temple of Artemis (Artemision) - A column and scanty fragments strewn on the ground are all that remains of the Seventh Wonder of the World. According to Strabo, the Temple of Artemis was destroyed at least seven times and rebuilt just as many times. Archaeological findings instead attest to at least four rebuilding of this temple, starting in the 7th century B.C. . Chersiphone and Metagene erected an Ionic dipteral temple in the 6th century B.C. and its building required was set on fire by Herostratus; the successive majestic structure, built entirely of marble, was begun in 334 and was finished in 250 B.C. It aroused the admiration of even Alexander the Great who would have liked to have taken charge - at his own expense - of the continuation of the work. Among others, Scopas and Praxiteles worked there, while the design is attributed to Chirocratus.

The Hellenistic temple was built on a podium, to which one ascended by a plinth formed of thirteen steps. A double colonnade encircled the peristyle and the inside space (105 x 55 m) . The relief of the columns were believed to be the work of Scopas, while Praxiteles worked at the realization of the altar. The decadence marked by the Goths ( 3rd century) continued in the Christian era, when materials for the nearby Basilica of St.John and for is left of numerous works of art which at one time used to adorn it, although interesting tokens are kept at the local Museum at the British Museum in London. 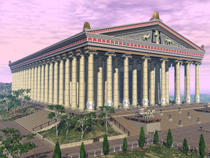 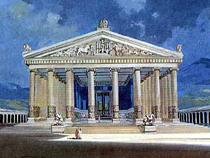 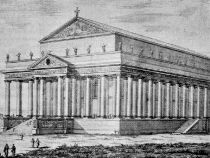 The foundation of the temple was rectangular in form, similar to most temples at the time. Unlike other sanctuaries, however, the building was made of marble, with a decorated facade overlooking a spacious courtyard. There were 127 columns in total, aligned orthogonally over the whole platform area, except for the central cella or house of the goddess. Marble steps surrounding the building platform led to the high terrace which was approximately 80 m (260 ft) by 130 m (430 ft) in plan. The columns were 20 m (60 ft) high with Ionic capitals and carved circular sides.

The temple served as both a marketplace and a religious institution. For years, the sanctuary was visited by merchants, tourists, artisans, and kings who paid homage to the goddess by sharing their profits with her. Recent archeological excavations at the site revealed gifts from pilgrims including statuettes of Artemis made of gold and ivory... earrings, bracelets, and necklaces... artifacts from as far as Persia and India.