The early settlements in Kusadasi is by the Lelegians and Carians who moved from the central Anatolia around the year of 3000BC. They were the establishers of a colony on the skirts of Pilav Mountain in Kusadasi, and founded the cities Ania and Melia. Mild climate allowed the inhabitants to grow essential products such as olive, grape and figs for extracting oil or making wine and sweets on the fertile lands around the city. 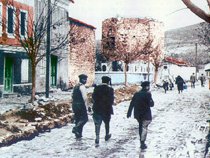 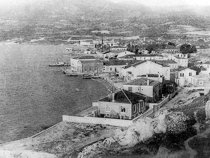 In the 10th century BC “12 Ionian Cities” Samos, Khios, Miletos, Priene, Ephesus, Teos, Erythrai, Priena, Klazonemi, Lebedos, Phokaia, Colophon, Smyrna, were established and reputed for the most developed cities of that age. Asthe annual meeting place of the Ionian League, Panionian, was founded around Kusadasi; the cities of Phygale, Marathesion and Neopolis were established within the borders of the city. During the period, the ports of Phygale and Neopolis were not busy and necessary, as they were close to the famous trading centers and ports, Miletos and Ephesus.

The city was invaded by Persians around the year of 546BC. In 200BC Kusadasi and its environs were dominated by the Roman Empire, and with the division of the Roman Empire, became a state of Byzantine. As the changes in climate caused serious earthquakes and changed the route of Caystros River, Ephesus was mostly destroyed and lost its prior importance and prosperity. The result had forced Byzantines to search for a new port and a new road that would be suitable for trading. The area around Neopolis was found convenient by the Greek, Jewish, and Armenian merchants as a port in place of the port of Ephesus. “Scala Nova” was the name of this new port which added a new trading center to the prior historical cities such as Ania, Melia, Phygale and Neopolis, that have created the early foundations of today’s Kusadasi. By the coming of the 15th century, “Scala Nova” was under the domination of the Venetian and Genoese sailors and traders who established consulates here.The Turkish domination in the area entered upon the invasion of Seljukian Kilic Arslan the 2nd. The advantageous position of Kusadasi as its being at the end of the important trade roads such as Silk Road -once held by Ephesus, influenced the development of the city in trading, positively. 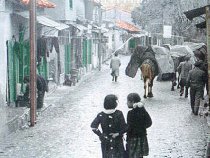 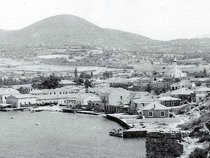 Kusadasi began to be ruled by the Ottoman Empire after the invasion of Sultan Mehmet Celebi in the year of 1413. During the reign of Ottomans, Kusadasi was introduced to glorious structures, giving a new look to its former spectacular view. Okuz Mehmet Pasa Caravanserai is the principal of Ottoman architecture in the city, was built by the man of the same name, who was the vizier during the reigns of Sultan Ahmet1 and Osman2. The fortress gates, walls and many mosques in the center of Kusadasi, as well as the citadel of the castle in Pigeon Island, were built in the Ottoman period, reflecting the architectural style of the era. “Kusadasi” that means “bird island” took its name from the Pigeon Island.

After the First World War, Kusadasi was invaded by the Greeks (1919). The fishing village won a long struggle for in 1922 and became a part of Turkish Republic. Izmir was the capital of Kusadasi until 1954. Then the capital was changed to Aydin and the city of Kusadasi has shown a good deal of development, especially in tourism.

Today, Kusadasi is one of Turkey’s most sophisticated holiday centers; a perfect place for vacation with its sandy beaches and glassy water. The contrast of the lively holiday life with the quietness of ancient ruins create the special atmosphere of the city.

The early settlements in Kusadasi is by the Lelegians and Carians who moved from the central Anatolia.

Kusadasi is an ideal holiday destination for singles, couples, families, or retirees, offering something for everyone.

There are numerous beaches in Kusadasi, All with one thing in common crystal clear waters and picture perfect weather.

Must Do's in Kusadasi

Here are 40 must-do’s when on holiday in Kusadasi. Whether you like exploring, relaxing on one of the many...

Discover Kusadasi with maps, open the locations on your smart phone.

Learn more about weather in Kusadasi, current conditions and and weather stats.

Nostalgic photos from 1965 shows Kusadasi as so amazingly different than today.