Guzelcamli – is a green and peaceful shore town located in 25 km south of Kusadasi. The town borders with Dilek Peninsula National Park. Guzelcamli means “beautiful pine trees” in Turkish and the town is indeed surrounded by numerous pine trees and it is unspoiled resort with natural bays, crystal clean beaches which is approx 30km and friendly local people. The Greek Island Samos can also be seen across the Aegean Sea.

Guzelcamli is fastly becoming popular in real estate and the holiday market. There are several hotels, pensions, holiday houses, restaurants, shops and bars. A traditional Turkish bazaar is set along the main street on mondays (Monday Market) and it is an enjoyment to catch a good bargain for fresh vegetables, fruits, nuts, home made jams or textile products. 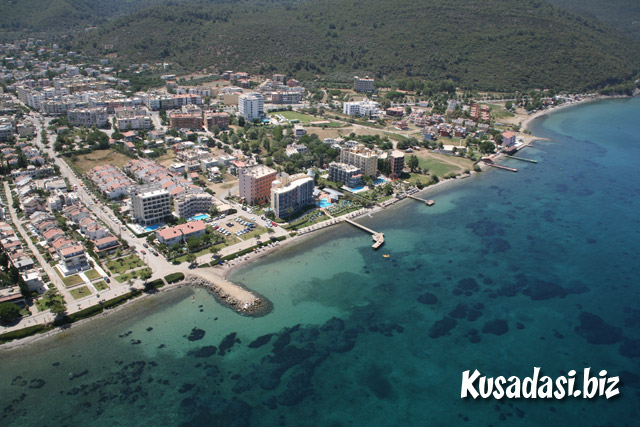 Guzelcamli has a different tourism potential comparing to other resort towns. Possessing 30kms of shore line, the beaches, the bays enables visitors to do surfing, canoe, water skiing, fishing and yacht tours. Dilek Peninsula National Park and Mykale Mountains are like the part of heaven. Really rich flora, fauna, the caves, valleys and canyons gives us the opportunity of organizing hobby and adventure tours. Such as trekking, birdwatching, caving, horse riding and bicycle tours. In Guzelcamli the other facility is paragliding. Paragliding facility is started to be done in 2007 from Kaplan Kayasi Take-off Area. Coordinates of the Area is 37 40 34.33 N027 14 16.70 E center 3.6NM radius and approx. 3500 feet 970 mt MSL height. Kaplan Kayasi Take Off Area is about 35-40 mins. by car from Guzelcamli Center, the road is stabilized and can be reached by any vehicle.

The climate in Guzelcamli is wonderful; there is a soft wind from the sea in day time and a breeze from the mountain during the night. This nice climate and fresh air helps to keep you cool in the hot summer days. 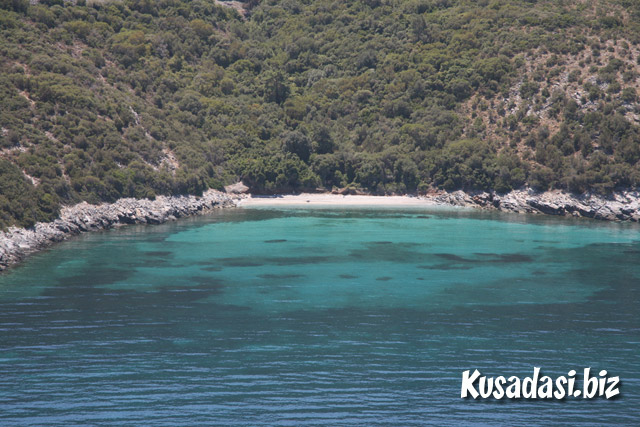 The visitors can have the pleasure of seeing the Turkish culture and lifestyle easily. Guzelcamli also has 3000 beds capacity.

In Ottoman period it was a small Rum town called as Rumcamlisi, and the inhabitants of Rumcamlisi ran away to Samos on 7th September 1922. Untill 1924 population exchange the town had no one around. Later on Turkish immigrants coming from Eleftheres village of Kavala were brought to here. Guzelcamli village has become a municipality in 1992. In the ancient times Guzelcamli region was known as a sacred place that the people gather for meetings and rituals in the Alter of Poseidon Halikonios where the political center of 12 Ionian cities (League of Panionion) is also located. The Alter which is like a small type of theatre is located on the slpoes of Mykale Mountains was excavated in 1957-1958 by Gerhard Kleiner. In this way , the region has a function of a symbolic capital of Ionian Confederation. One of the most important wars between Persian Empire and the Panionion League was occured in Guzecamli region. The war was placed around Dilek Peninsula and it was named as Mykale War in the year 479 B.C. , and the Persian Fleet was completely burned down. After this war Panionion League was enlarged and became a real military ally union by covering the Greek Ancient Cities and it was named as Attik-Delos Union.